A Change of Direction

I don't own a D700 - yet. But I'm budgeting for one that I hope to purchase by December of this year. Why the shift away from Olympus, and why specifically towards Nikon?

The shift away from Olympus isn't because the Olympus gear I own has suddenly stopped working. Far from it. My Olympus gear, especially my regular FourThirds gear (E-1, E-3, and all the native lenses) continues to work just fine, thank you very much. If anything, I intend to keep them and use them along with the D700. The problem isn't with FourThirds.

The problem is with µFourThirds. Combined with Olympus' so-called road maps for both regular and µFourThirds.

I know I've written glowingly of the E-P2, the µFourThirds body I purchased December 2009. I still think highly of the E-P2 body. But the lenses that Olympus sells specifically for this camera are not living up to the same standards that the FourThirds lenses have set for years. If anything, I feel let down by what I now see are quality issues with the µFourThirds lenses, the glass that defines any camera system.

It's the FourThirds glass that attracted me to FourThirds in the first place, and keeps me loyal. But my loyalty to Olympus hasn't been matched by Olympus' loyalty to me. Olympus runs a business, and as such make business decisions. The decisions they've made, specifically to deemphasize FourThirds and develop µFourThirds, is not turning out quite the way they attempted to explain over the last two years.

The µFourThird lenses that Olympus (and Panasonic) have released are smaller yet more expensive than FourThird equivalents, and based on my ongoing use, turning out to be inferior in build quality. In short, I'm spending more and getting less. And I'm getting tired waiting for the mythical E-Px professional body with lenses to arrive. A pro body that will more than likely have me purchase all-new pro lenses to get the best performance out of the body.

I certainly can't see how they would provide a new body that would take advantage of my standard FourThird lens collection and still remain as small as the E-P2. If they do release a pro Pen, I can pretty much guarantee it will cost well north of a grand. History shows us that Olympus prices its semi-pro bodies (E-1, E-3, and E-5) at $1,700 when released. Fortunately for me, I purchased my E-3 on sale in December 2008 at a good discount, and the E-1 I purchased used but in mint condition on eBay with grip for $200.

If I have to buy new glass to 'keep up', and if I have to pay top dollar, then I will certainly consider what's also available at those lofty prices.

I want something that will hold its value over time. I broke my basic rule about purchasing newly-released gear when I purchased the E-P2 with the 14-42mm kit lens and the VP-2 electronic viewfinder for $1,100. A year later the price for the same basic kit (without viewfinder) was half that. By contrast, Nikon (and Canon top-end gear) sell at a premium and essentially stay there. Right now, due to the Japanese earthquake and tsunami, the D700 new is selling for $100 more than its release MSRP. Since the D700's release the price has stayed pretty near its release price. Used D700s also retain their value, when you can find them.

I like the fact I can walk into at least four stores in the Orlando area and hold the D700, along with a wide assortment of Nikon equipment. If I want an E-5, the only way to get one is mail order. I got lucky with my E-3 and later my E-1 (at $200 it was an no-brainer). But a D700 is Serious Cash, and I want somebody local I can go back to for support.

Nikon digital isn't the only alternative. As has been pointed out to me by Matthew Robertson, I should seriously consider a Nikon film camera. I've seen the beautiful results that can be had with Velvia and scanned slides. 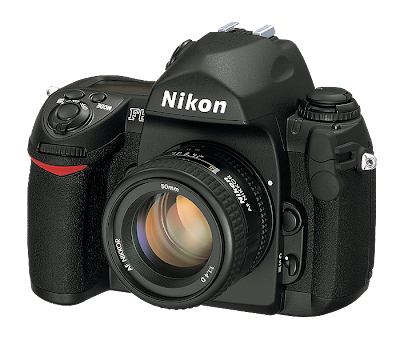 It's funny to go back and read some of my earlier posts about Olympus and digital. I thought I was finished with film. But now that I've spent five years wrestling with digital and its own set of strengths and weaknesses, I'm beginning to appreciate once again the features and especially the quality of film. I'm approaching this not as a professional but as an artist.

I wish Olympus would go back and make a solid commitment to FourThirds. The E-5, image-wise, can take some remarkable images. But Olympus' shift in direction is no longer where I want to go. I've had more than a year now to work with and get use to the E-P2. I have to admit that the image quality from the E-P2 is top-notch. And maybe even the best. But there are other issues, especially with regards to lens build quality.

Right now, when I reach for a camera, more often than not I reach for the E-1, followed closely by the E-3. I only use the E-P2 when I have to travel. But the E-P2's raison d'être was called into question when I discovered on my trip to El Paso that I could do a lot with the E-1 and a few FourThird lenses in the same amount of space.

I carry both the E-1 and E-3 with me now in the car. They're faster to set up and use, more rugged, and weather resistant. And I've learned to appreciate the qualities of the Kodak sensor in the E-1. And even though the E-3 has more features and twice the resolution, the E-1 body is just a joy to hold and use.

If Olympus would make a solid commitment to FourThirds I'd stay. But Olympus won't and so I'll move on. I'll keep the best Olympus bodies and lenses and use them until they break, as backups to the Nikon, when the Nikon finally arrives.
Digital Photography Nikon Olympus