Showing posts from December, 2010
Show all

Taken from the article "LinkedIn's Resume Advice: The Top Ten Buzzwords to Avoid". And yes, I used all ten.
Post a Comment
Read more

For now I see through a glass, darkly 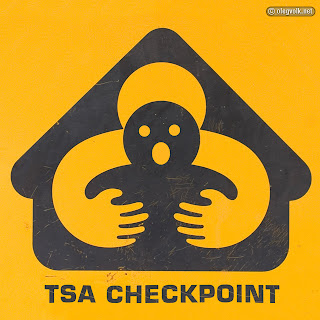 I am an unrepentant card-carrying tax-and-spend liberal. There, I said it. Just to make sure there's no doubt in the reader's mind. Some may wonder how such as I, the obvious spawn of the devil, came into existence. It's probably a reaction to my having grown up in a staunch Republican household, or perhaps I listened to one too many William F. Buckley "Firing Line" shows. Or watching what happened behind the scenes of the Regan administration (even though I voted Republican both terms). Or maybe it was Duhbya's two terms in office and how he came to win both. Oh. And let's not forget Karl Rove and Plamegate.

But there are some truths that transcend mere politics, such as the loss of our basic freedoms. Take, for instance, the Fourth Amendment to the Constitution:
The right of the people to be secure in their persons, houses, papers, and effects, against unreasonable searches and seizures, shall not be violated, and no Warrants shall issue, but upon proba…
Post a Comment
Read more
More posts