- December 01, 2011
As the post title signifies I successfully installed Linux Mint 12 on a VMware Player virtual machine. I stumbled upon the solution while installing Ubuntu 11.10 on a workstation almost at the same time that Willem Brown (via a comment) was posting the same solution. I'll comment further on Ubuntu 11.10 in a following post. This post is all about Linux Mint 12. 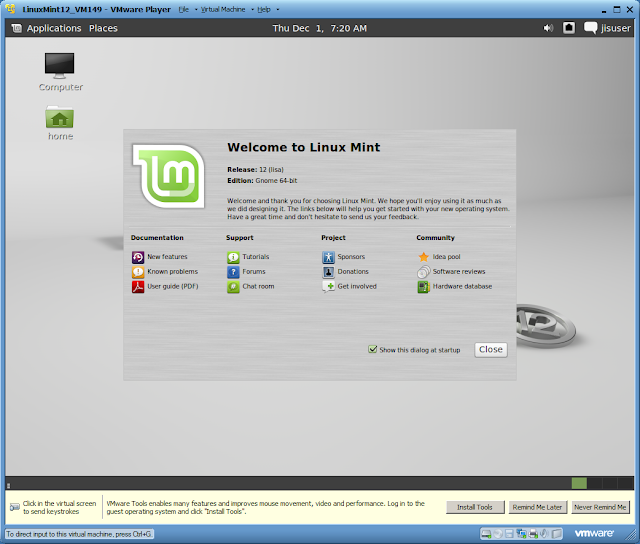 The problem was indeed an inability to communicate with the internet during installation. While Ubuntu will actually install if it can't reach the internet, Linux Mint can't be told not to reach out to the internet. Based on my experience you need network connectivity in order to successfully install, or at least to install in a timely manner.

The problem was with the proxy server setup. During the active desktop stage, before you install Linux Mint, you need to explicitly configure the proxy server under Applications | System Tools | System Settings. This brings up the Systems Settings application. On the System Settings top-level panel click Network, then on the Network panel, in the list on the left, click Network proxy. On the method dropdown menu select Manual, and then fill in all four text boxes beneath the dropdown. Finally, click the "Apply system wide" button and you're good to go. I had to do the same with Ubuntu 11/10, which I did before my third successful installation attempt with Linux Mint.

After the installation I installed the VMware Tools. Linux Mint does not come with any of the VMware Tools as part of its distribution the way that OpenSUSE 12.1 seems to. 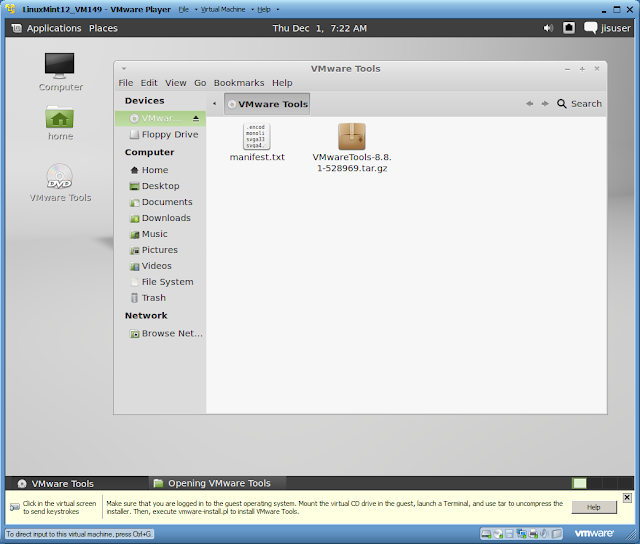 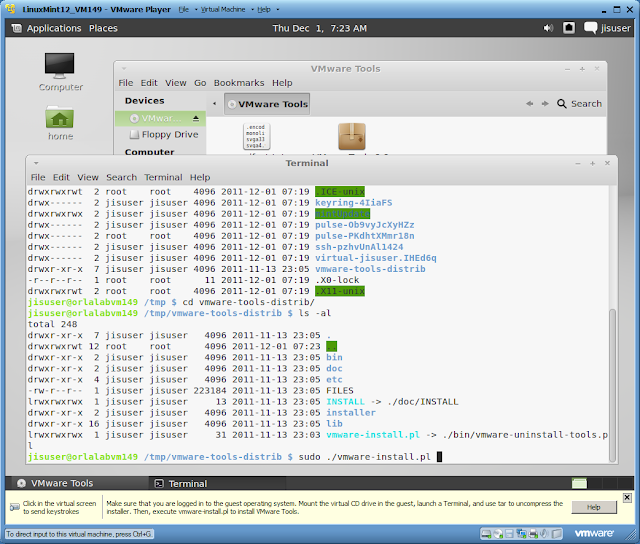 With the VMware Tools ISO mounted I brought up a shell, untarred VMware Tools into the /tmp directory, changed directory to /tmp/vmware-tools-distrib, then ran the vmware-install.pl Perl script.

The installation script is all text based. I elected to take every default. 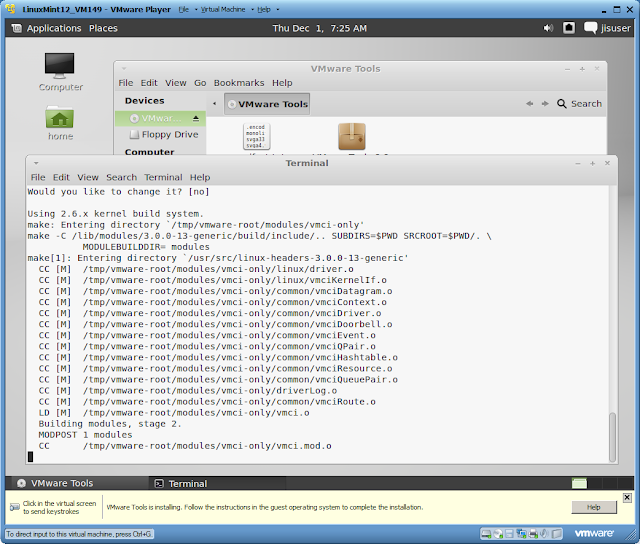 Fortunately Linux Mint installs gcc and the kernel headers, so the VMware Tools script was able to successfully build all the necessary kernel modules. That's the good news. The bad news is that if the kernel is updated then you have to go through the same dance all over again. This is no better than Virtual Box. 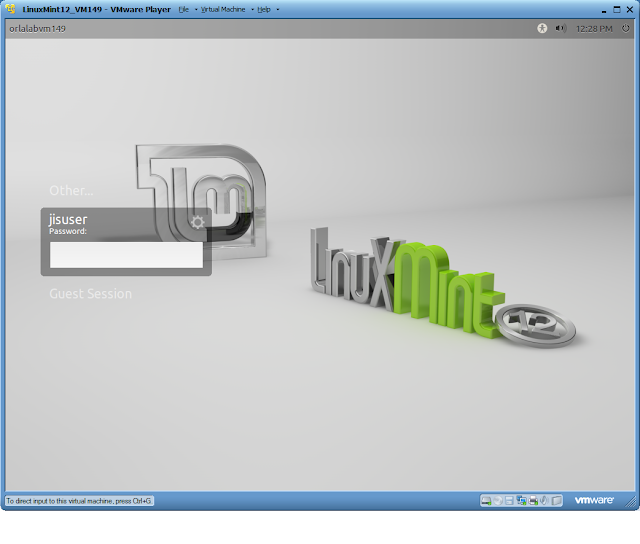 Once the VMware Tools installation script finished I rebooted X (Alt Backspace). I logged back in and was able to re-size the VMware Player screen and have the Linux Mint 12 desktop handle the resize automatically. 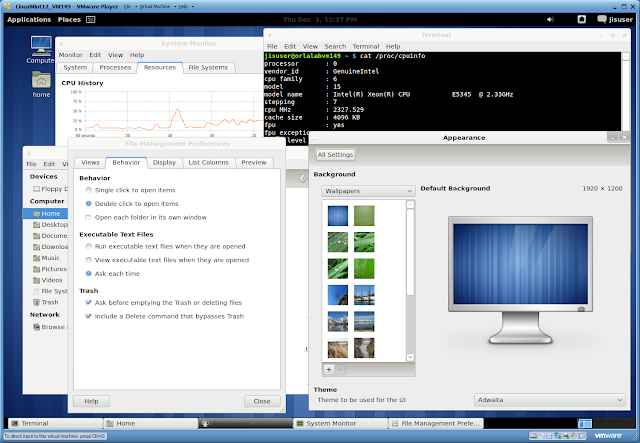 If you look closely at this screenshot you'll note I (inadvertantly) changed the widget theme. I have no idea what the initial theme name is because when I brought up Appearance it was blank. Clicking on the theme dropdown selector showed only Adwaita. Fortunately for me I prefer Adwaita far more than the stock installation theme, whatever it is.I also selected a more low-key wallpaper. With those two small changes the overall desktop environment appears quite viewable, at least to my eyes. Your mileage my vary. 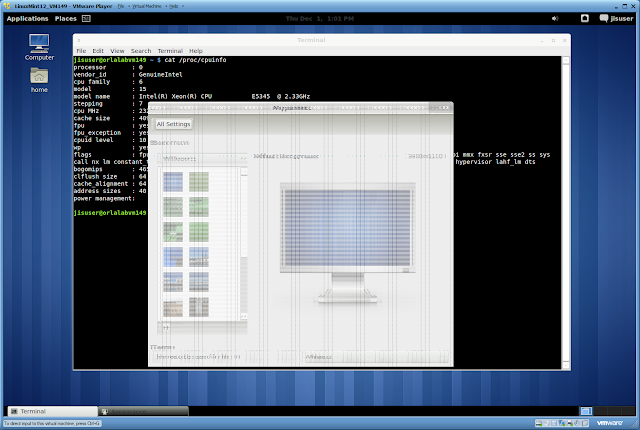 There is one annoying problem with the Linux Mint 12 desktop.Moving a window around on the Mint desktop can leave it in a corrupted state. You can quickly and easily clean it up by minimizing to the bar at the bottom of the screen then bringing the app back to the desktop. Doesn't make the overall distribution totally unusable, but it's still a significant problem in my book. I have seen the same problem with Fedora 14 under Virtual Box running on a RHEL 6 host, so it's not limited to Linux Mint. But under this version of VMware Player, this is the only distribution (so far) to exhibit this problem.

Right now I'm running an update on Linux Mint 12 with 215 updates. I'll check when it's finished and see if the problem might have been "magically" fixed or not...

Nope, the update didn't fix anything. 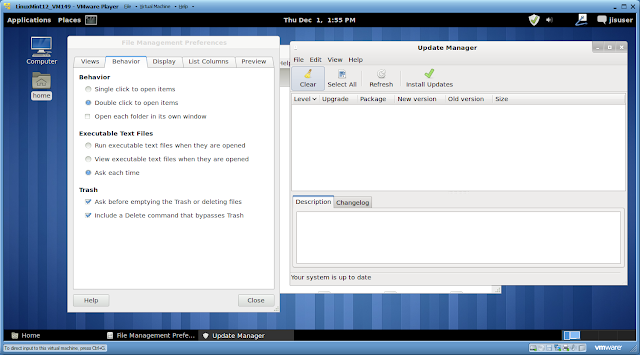 Another quirk is themeing. It's not consistently applied. Compare the tabs on Nautilus' File Management Preferences dialog with the tabs on the Update Manager. They are physically different. This isn't nearly as bad as the movement-to-corruption issue, but it's still a quality issue.

Overall I'm very impressed with what Linux Mint has done with Gnome 3. For all intents and purposes it's indistinguishable from Gnome 2, which should make the old and reactionary Gnome 2 desktop users happy. But for us it may be irrelevant. I've installed Ubuntu 11.10 with Unity on bare metal, and based on a few days of use we see no reason not to use Ubuntu, at lease as far as the Unity UI and desktop are concerned. More on this in my next post.
Linux Mint