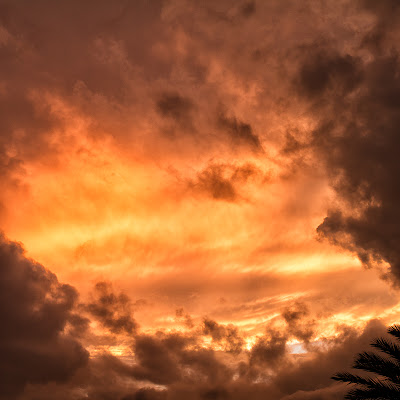 As my wife lay crippled up with pain on her bed here at our home, our two daughters lived indifferent and uncaring lives in different parts of Florida. And yet I knew that troubling portents were afoot, as the skies over these last few days have been ominously colored towards the evening, troubled skies warning of visitations to come. Sure enough, the youngest came wheeling into Orlando Monday driving an expensive German sports car a $27/day Budget rental, the New New Volkswagen Beetle. The more masculine design, not the rounded feminine New Beetle that had the flower holder on the dash. She finally acknowledged that perhaps she owed some small pittance of time to the woman who gave her life and toiled unceasingly to bring her up in this world.

That's the nice thing about being a parent. I now know all the possible ways to guilt my children into doing just about anything. 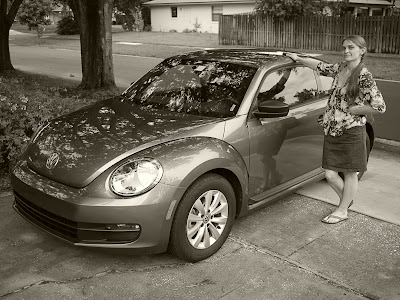 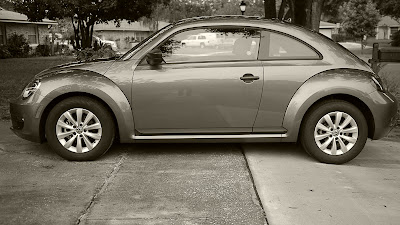 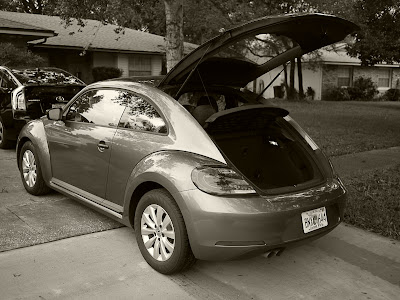 She still drives the 1994 Volvo 940, not least because she can't afford to buy a new one. But even if she could she wouldn't buy the New New Beetle. According to her it handles horribly, has a number of horrendous blind spots, and has a wider turning radius than the Volvo. When I put 10 gallons of gas into it before we returned the car, a quick mental calculation showed it got little better than 27mpg. My Prius easily doubles that. As a trailing Baby Boomer I remember the Original Beetle and wish I still had one. It was certainly smaller and lighter than the New Beetle and the following New New Beetle. It was a true "peoples car", not the bloated expensive things Volkswagen the company sells today.
Transportation