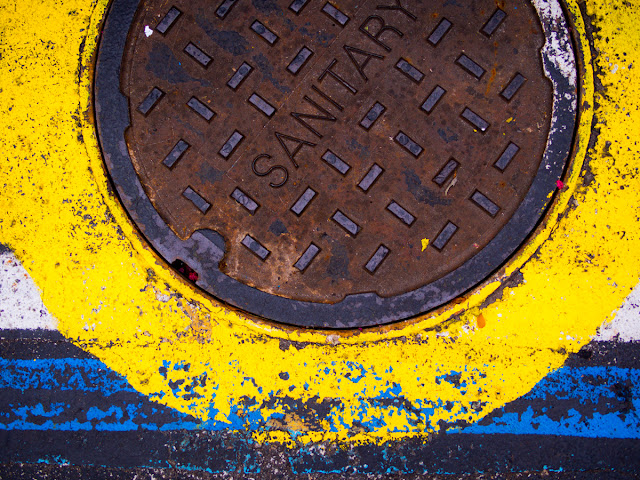 I've been hearing about random acts of violence since I was a kid; that's over a half century for me. Later some "comedian" came up with "random acts of kindness", later followed by "random acts of art" until the meme was "random acts of [fill_in_the_blank]." For me it's turning into random acts of photography, for no more reason than the mood strikes me at that particular moment. Shapes, colors, textures, design, it can all come together at the most improbable moment.

Which is why I carry a real camera at all times, even though I supposedly have a decent camera in my Galaxy S4. While the Galaxy S4's camera is indeed much better than the camera in my former HTC myTouch 4G, it's still a crappy camera for all but emergency situations. Nothing beats having a regular camera (E-1, GX1, NEX 5N, E-M5...) for the ability to hold it assuredly with one hand, shutter release comfortably under the forefinger of the holding hand. In the case of the top photo, it helped to tilt the back screen of the E-M5 back towards me so I could properly compose even though the lens was pointing straight down. 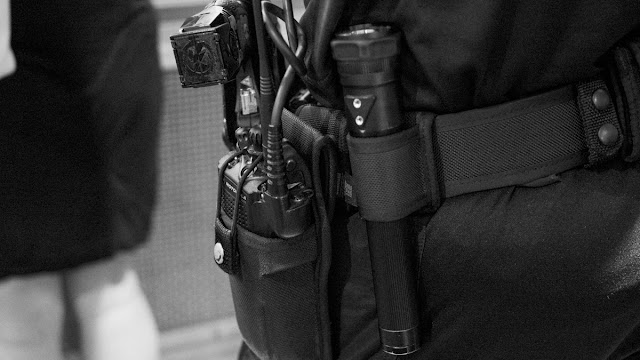 Late at night queued up to order a supper, the cop in front is armed on both hips with gear. This particular gear group included a Tazer, his radio, and a flashlight. He had a Glock on the right hip. Did I feel safer having him around? Not really. He was an over-muscled young turk and a bit nervous. I was glad to eat quickly and leave. The police have become a negative force unto themselves, and they're to be avoided at all costs. After watching how they behaved around the country during the height of Occupy Wall Street, I'll never trust them again. 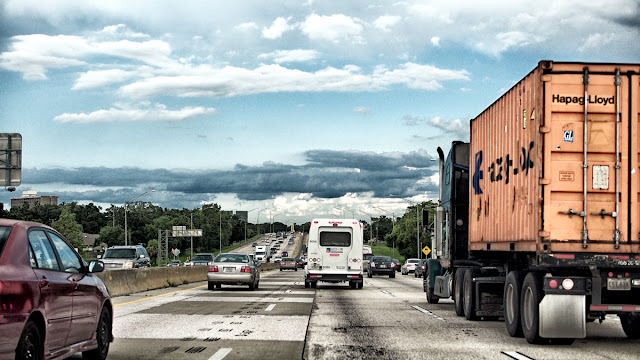 I think this is my vision of hell. To spend eternity behind the wheel in traffic on an infinite grimy highway (in this instance, I-4 west through downtown Orlando).
Digital Photography Editorial OccupyOrlando Orlando