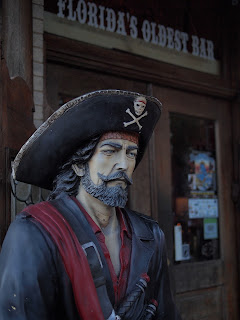 After spending all day yesterday and a good portion of today preparing to leave for my two week vacation, the wife and I finally hit the roads (primarily I-95) up to the great northern regions for two weeks of not-at-work.

I'd taken Friday off to start preparations because this coming Monday is Labor Day and a holiday (a freebie). I spent the day working like a madman around the house, mowing and trimming the front, cleaning the inside, and getting everything finally packed for loading up today. We also had a house sitter come by for the Labs and the cats. We decided it was less expensive to hire a sitter for the house than to board the animals for two weeks, and far less of a stress on them. We introduced the sitter to the neighbors on either side so that everybody would know everybody. I then crashed for the evening, only to get back up early this morning to finish trimming and mowing the back, picking up the bits I'd forgotten yesterday, and packing the Prius. Our house sitter came back over again with her computer, at which point I hooked her system into the wireless network and made sure it all worked. We then left the house, topped out the tank, and finally headed out of town on I-4. By the time we finally left it was 2:30.

Our first stop for the trip is Amelia Island. We've been going up to Amelia on a fairly regular basis since the girls were in middle and high school. They love going around the island part, checking out the shops and small restaurants in the middle of the town. It was a familiar place to us, so we've stopped here for the night to stage the next leg of our trip tomorrow; a mad dash through Georgia and South Carolina before we have to stop for the next evening. 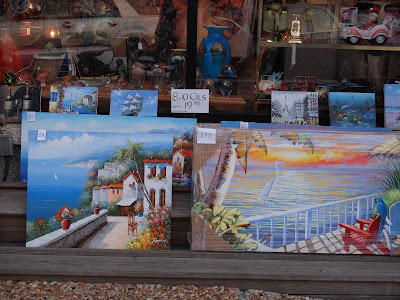 By the time we got into Fernandina it was 6:30pm. We hit the Crab Shack for a seafood platter for two and two bowls of crab claw soup. Everything was locally caught except the talapia. My wife had a sweet potato with margarine mixed with cinnamon. She loves it because it tasted like pumpkin. Our desert was from Fernandina's fantastic fudge, which will last us for at least a week.

Fernandina was jumping tonight, even at 6:30. And that's good. In the past when we've shown up the town has been more sleepy than active, but tonight the town was filled with customers.

The trip from Orlando to Fernandina is nearly 200 miles. We averaged 54MPG in the 2012 Prius at highway speeds, and that's with the two of us with all our clothes and our camping gear. The mileage will drop the further north we get, but flat-as-a-pancake Florida and hybrids were made for one another.

All photographs are coming straight out of the camera. I'm shooting a combination of raw and jpeg. I did this because I'm going to be beat traveling and driving, and I don't want to have to spend any more time than necessary getting the photos out of the camera. I'm going to have to really pay attention to the histogram on these photos. These are too dark for my tastes. Maybe when I get back to Orlando in two weeks I'll run the raws through Lightroom and correct them. Then again maybe not.
Digital Photography Olympus Panasonic Travel